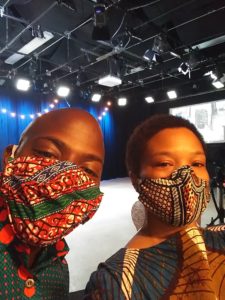 It was 1988 in Ronald Reagan’s America and Marion Barry’s Washington DC. An ensemble of Black public high school singers raises $160,000 for a destiny-altering trip, halfway around the world to a competition in Vienna, Austria. Thirty years later, their retired music teacher tracks down hundreds of former protégés to sing together once more. Documentary film in production. See more…

On and offstage, performance artist Khalil Abdul Malik Raheem Munir grapples with the conflicting legacies—and names—he has inherited. Inspired by the birth of his son, Khalil tracks three generations of Black men in his family, from Jim Crow South to South Philadelphia business empire, incarceration to Islam, and streets to spotlight. Documentary film in production. See more… 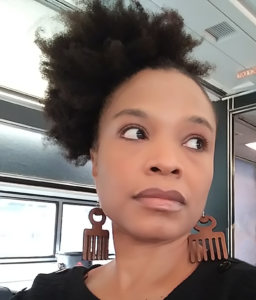 ABOUT OUR FOUNDING PRODUCER

Malkia K. Lydia recovers authentic stories of community life. She has produced gallery films for Smithsonian Institution, National Civil Rights Museum, DC Commission on the Arts & Humanities, and Knight Foundation Cities Challenge exhibits. Malkia also freelances as an Archival Producer and Creative Producer on broadcast documentaries (NHK, PBS.) She is directing her first two independent doc features; both are set in the Black Mid-Atlantic, her home. In What’s in a Name? a South Philly performance artist grapples with the names and divergent legacies he has inherited. It is supported in part by the ITVS Diversity Development Fund and the Pennsylvania Council on the Arts. In Reunion Choir (working title), a retired DC public high school choir teacher, celebrated for changing her students’ lives, tracks down hundreds of former protégés to sing together once more. It is supported in part by a grant from HumanitiesDC as part of the “Humanities Grant Program,” an initiative funded by the DC Commission on the Arts and Humanities. Malkia graduated from Washington, DC public schools before earning degrees at Duke University and Temple University.

Thank you for your patience as we migrate to a new web host and expand our site.