What’s in a Name?

In his imaginative one-man show, theater artist Khalil Munir examines his bittersweet South Philadelphia upbringing. Offstage, he embraces a new life as father and husband, determined to give his baby son a secure foundation. As he grapples with the divergent paths blazed by previous generations of Black men in his family and community, he becomes the father he always wanted as well as an advocate for Black men’s mental health. 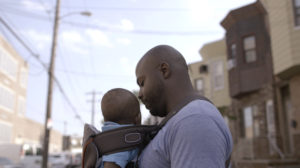